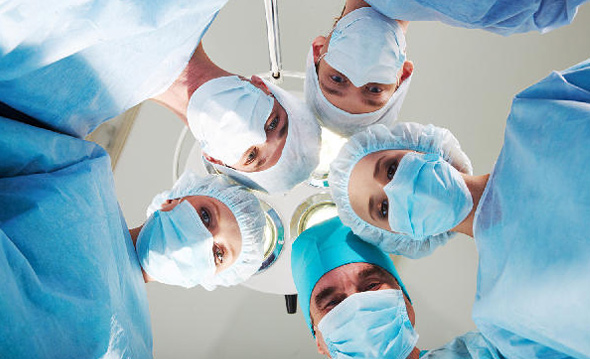 Modern obstetrics may damage the baby’s neurospinal system. Chiropractors have a moral responsibility to tell the public about the potential damages caused by modern birth practices.

Every child needs chiropractic care, whether symptoms are present or not. All chiropractors must meet this challenge.

The birth process, as it is carried out today by modern obstetric, can cause neurological damage that can set the stage for the development of the vertebral subluxation complex. Let’s look at what happens during birth that can be impacting the spine and nervous system negatively.
Nature creates a whole human being in 280 days within a totally self-supporting biological system. But suddenly, the moment the baby is about to be born, many people assume nature doesn’t know what to do anymore. Therefore, they go to the “expert” who turns a natural feminine body function into an insensitive, brutal, mechanical extraction of a drugged and numbed out baby.

As a result of modern obstetrical procedures, unsuspected damage is inflicted on all aspects of the baby’s being, especially the vital neurospinal system.

What are the events that cause trauma to the neuro-spinal system?In the supine position, with her legs in stirrups, the woman is forced to work against gravity and to push the baby upwards. This position throws every muscle out of alignment for normal delivery – it’s the position animals adopt to signal surrender to a fight.

In the supine position, the uterus loaded with the fetus, the placenta, the amniotic sac and umbilical cord, presses downwards against major blood vessels which supply the organ of birth. As a result, the abdominal aorta, the inferior vena cava, and the iliac arteries and veins are compressed. This compression cuts the flow of the nutrient-waste product to the viscera, the uterus and pelvic muscles.

Expecting a woman to give birth under these circumstances is like asking a weight lifter to perform with a tourniquet strapped around his arms. The task becomes almost impossible, as muscles quickly become fatigued, spasms develop, and labor slows down, almost to a halt. In addition, administering drugs and anesthesia to the mother certainly interferes with labor by further weakening the voluntary expulsive efforts, thus prolonging labor or stopping it entirely. These potent drugs reach the baby’s body within 45 seconds; however the drug concentration that will affect a 140-180lbs woman on average, become dramtically overwhelming to a 7-12lbs infant.

Another factor involved with the woman lying flat on her back is the weight that the heavy abdomen places on three of the major plexuses of nerves that control the birthing system. The hypogastric, ovarian and sacral plexuses become temporarily compressed hindering delivery.

As a result of these factors, the baby finds himself trapped in the birth canal. Due to the extreme pressures that the walls of the uterus place on the fetus’ head, the oxygen to the brain is reduced. For every second that the baby’s cranial blood vessels are clamped down, there is anoxia to the brain, along with various degrees of brain damage.

Inherent in this scenario is the necessity for immediate intervention. Rushing in to extract the baby by means of forceps, vacuum extractor, manual delivery, or C-section are procedures which cause mild to severe damage to the neurospinal system. In an adult it takes a 90 degree rotation of the cervical spine to lock the neck and force the shoulders to pivot. Just visualize now an infant ready to be born, with a soft cartilaginous spine, trapped in the birth canal by the spastic muscles of the uterus. Now imagine someone going in with metal spoons or with a suction cup and pulling the neck of the baby, in what is called “traction-torsion of the cervical spine”, so as to cause the shoulders to pivot and align themselves with the long axis of the birth canal.

Next, imagine someone extracting the head and disengaging the shoulders from the grip of the uterus and vagina. To do this, the head of the baby must be rotated 180 degrees around, with the chin lined up with the spinous process of the seventh cervical, and the external occipital protuberance with the manubrium of the sternum.

The traction force being exerted is estimated to be between 90 and 140 pounds. This causes subluxations in nearly all hospital born babies. No further comment needs to be made, except to ask why any parent would be averse to having their child experience the gentle chiropractic adjustment? After all, the same parent consented to allow the child to experience the trauma of medical intervention at the most crucial moment of life itself – the beginning.

In essence, chiropractors have a moral responsibility to educate the public about the causes of subluxation, especially resulting from the frequently unnecessary and abusive practice of modern mechanical birth. We have a responsibility to open the doors, turn on the lights and help people to see that we can turn a faded health picture, a dimmed life expression into a vibrant, vivid portrait. The subluxation may have occurred at birth, but the chiropractic adjustments restore integrity to the spine, free the nervous system of interferences caused by subluxations and bring vitality to life.

Every child needs chiropractic care, whether symptoms are present or not, because correction of vertebral subluxation is necessary for the health of the biological system.

This is a challenge for all chiropractors to meet. Inherent to this challenge is a brand new beginning for the health of humanity.