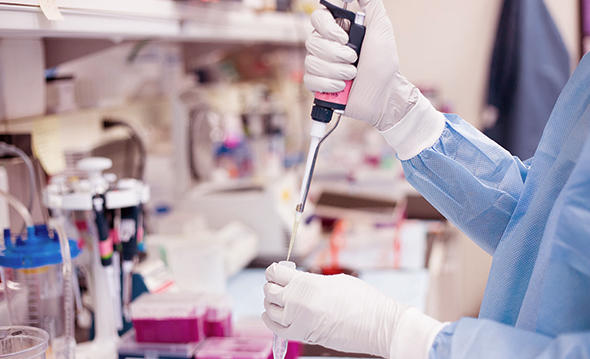 As a society we have been at war for the last 70 years or more. It is a hidden and insidious conflict, with yearly mass civilians casualties, injuries and permanent disabilities. Professionals are perpetuating involuntary mass murder yearly in the US, and no one wants to talk about it. This silent war is being wage on the human body by the pharmaceutical-medical complex and its prescribers.

Reportedly, over 800.000 thousands people die every year in the US from medical errors or medications side effects. The perpetrators have become so bold that they now advertise and market their wares on television around the clock. The public has become dull by years of programming. It is so brainwashed that the drug industry can spell out that, this or that drug can causes liver damage, renal failure, dizziness, loss of coordination, cardiac arrest and even death and people are still willing to buy it and take it. Greed, corruption and profit, entangled with economic imperatives, are at the root of this devastating war.

A war with no end in sight, as we keep going on “search and destroy” missions, doing “batteries” of tests, “attacking” the sickness, “waging war” on diseases, “bombarding” tumors, “eradicating” bacteria, “wiping out” viruses and “silencing” symptoms. The warmongers are at work and the casualties are mounting, as it is clear that this war cannot and will never be won. This approach to human health has failed and continues to fail.

The deep irony is that civilians, who are the main casualties of this war, are voluntarily financing the war! Donations are pouring in at groceries stores check out counters, hardware stores cash registers, at walk-a-thon, phone-a-thon, dance-a-thon, concerts, bake sales and other multitudes of diseases foundations’ fund raising events.

Over the last 30 years much has been done by many anti-war activists in raising the public awareness to no avail. Marylyn Fergusson, Harris L. Coultier, Deepak Chopra,M.D. Jeremy Rifkin, Robert Mendelsohn,M.D. Gary Null, Joseph Mercola,M.D. are amongst countless others who, along with Doctors for responsible medicine, the chiropractic and naturopathic professions have been asking for an end to this war while also providing an alternate peace path.

Today, things have come to a head and it is time to say ‘no more’. No more “Vietnam” on the human body. Today is a call for action, a call to arms. Not arms as weapons but arms as fingers to pound on the keyboard of the social media. Today is a call to all awakened and aware citizens to rise up and create a revolution that will unseat the pharmaceutical-medical cartel.

First, stop giving to disease, stop fueling the war and the very pharmaceutical-medical complex that is killing civilians by the hundredths thousands. Start giving to organizations, educational institutions, professions that have a positive, life enhancing, physiologically positive service to offer. Professions such as chiropractic, naturopathy, osteopathy, acupuncture, shamanism, massage therapy, body work, herbalist and life coaching.
Join the revolution and evolution of the “health care system”. Get on the social media channels and become an ‘anti-war-pro-peace’ life activist. Sounds like a radical and fanatical statement, yet it is clear that we can no longer keep on the same course, if the wellbeing of humanity is our focus and priority.

The train we are on has not delivered the promised results. It has actually produced the opposite outcome. We have more diseases and sick people than ever before and there are more mass casualties than ever. Medically induced death is equivalent to six jumbo jets falling out of the sky every day.
And no one is in an uproar?

Preventative medicine does little to enhance human health. It just detects early pathologies so that an early treatment by drugs, surgery, radiation or chemo can be applied in the hope of a better prognosis or outcome. In many situations it detects “normal pathologies” at an early stage; pathologies that the body is entirely capable of reversing on its own. Yet, the patient is now injected with a dose of fear and medical interventions with their inherent risks of iatrogenic effects.

Fear alone creates a negative physiology, biochemistry, immune response and outcome. The law of energy placement has delivered. By placing our energy, resources, finances, research, professional and political power into sickness and disease we have manifested more of it.

Today, the “health care system” is progressively bankrupting western industrialized nations at a growing relentless pace. It is bankrupting individuals, families, small businesses and corporations. It has a devastating effect on society and humanity. Between 2000 and 2010 the US spend 16 trillions dollars on so called “health” care.

The revolution and evolution needed has become an inescapable reality. It is a must and part of evolution out of the darkness into the light.
It is clear that such upheaval, reform and reorganization will not come from the top down, the institutions in power or the corporations with vested interests. They will not stop the war from which they all profit greedily. It must come from a grassroots movement. Freedom is never given freely to the oppressed by the oppressor. The oppressed have to rage out of their condition to gain freedom. It must start with you and each individual. It must start by creating a demand at the bottom for a new approach to life, human health and well-being.

We are moving out of the age of darkness into the age of enlightenment. Every voice counts. Everyone can make a difference. As we all act and rebel against the pharmaceutical-medical cartel we are bound to hit the tipping point.

The Chiropractic profession has been and is at the forefront of this movement since it is the largest drugless healing profession in the world.